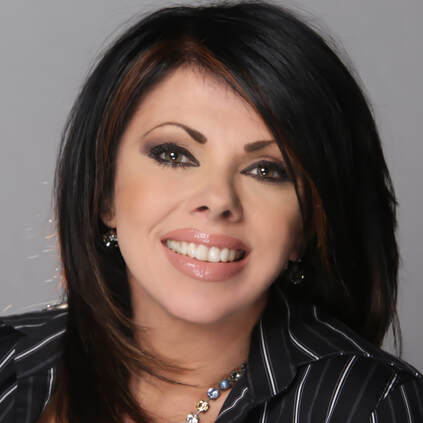 About Janet
Janet was the apple of her daddy’s eye. It wasn’t just because he was a fun-loving fellow. She shared his musical talents. As a preschooler they sang as a duet at most any venue, including social gatherings, churches and weddings. Her dad beamed with pride as he would stand her on a table or chair and play his guitar as she warmed the hearts of her audience. Janet was a natural and exuded with confident poise singing gospel or country music.

When she was six years old, her world was shattered by her parents’ divorce. She was bewildered by the loss of her daddy. It left a big hole in her heart. Times were very hard. Her mom struggled to make ends meet. They moved often. Rent and food were hard to come by. Janet was often home alone and had to get by with whatever she could find in the pantry. There were days when she went hungry. The day came when her mom remarried. She hoped her new husband would make things better.

Now Janet had food to eat and a place to live.  However, her heart was broken again. The unspeakable happened. Her stepfather began to sexually abuse her. He made her life intolerable. She suffered constantly in silence for two years. It seemed there was no way out. Finally, she decided there was only one way out, suicide. That’s occasioned her first divine encounter. She tells about it in her book, One Voice. Without the help of any adult, she mustered the courage to cry out for help. She called the police. Sadly, her hopes were dashed. She had been brave to expose her abuser and was placed in foster care. She bounced from one placement to another. Finally, she was reunited with her father, her real father.

In her teens Janet’s heart yearned for love. Even though her father was back in her life, she longed for more. She wanted something genuine that could fill her emptiness. At 17 she had a life-changing encounter with Jesus Christ.  The poise and confidence of her childhood came back into her heart. When she found Jesus, she found Janet…the real Janet. Her love and devotion to Jesus became the passion of her life. He filled her heart with new life, new strength and new hope.  She dedicated her life to making Him known to the whole world, especially to children who are abused and have no one they can trust. Janet details her powerful, heart-rending story in her book, One Voice.

Janet is transparent and uninhibited in sharing her story irrespective of the venue. She is gifted in sharing candidly and discreetly with the hope of preventing child abuse and suicide. She connects effectively with the victims of abuse. She transmits peace and healing through her faith and works with teachers, counselors and community leaders in public and private schools, universities, civic clubs and churches. Also, she fosters the campaign, “One Voice Makes a Difference” #tellsomebody and generously distributes copies of her book and T-shirts to students or youth groups who hears her story.

Janet works tirelessly to bring healing and hope to the hurting. Her efforts include Near to the Broken, One Voice, A Throne Room View and numerous venues of social media. Also, she serves as Worship Pastor on team with Cary, her husband, Senior Pastor at CrossRoads Community Church, Statesboro, GA. She connects with the community through various civic clubs, especially the Exchange Club with their child abuse projects. She works transculturally, especially with the Spanish-speaking community for which she has a special fondness. She is fluent in Spanish and delights to serve as translator in the community and enjoys international missionary service, especially in Spanish-speaking countries.

Janet married Cary Swanson in 1989. Of all of their achievements none rival their dedication and investment in their three sons, Reed, Rhett and Ryan. The Gospel is exemplified in their family is such a wonderful way, it is considered by many as their paramount accomplishment.

Janet’s prayer for you is, “…that God, who gives peace, will make you completely holy (put together). And may your spirit, soul and body be kept healthy and faultless until our Lord Jesus Christ returns.”
I Thessalonians 5:23
Statement of Faith
I believe...

The Bible is God’s Infallible Word and is the Faithful Record of Divine Revelation.
2 Timothy 3:16 -17

God is Reconciled with Man through the Death of Jesus and Salvation of Man is by the Life of Jesus.
Romans 5:10

In water baptism Subsequent to Repentance in the Name of the Father and of the Son and of the Holy Spirit.
Matthew 28:19-20

Jesus Baptizes Believers in the Holy Spirit giving Power to be Witnesses to Him Resurrected, Crowned With Glory and Honor, Seated at the Right of the Father as King and High Priest.
Acts 1:8, 2:33; 5:20, Hebrews 1:3, 2:9, 5:5